Here is the letter and press release I have been sending out to the media regarding the National Botanic Garden of Wales harp weekend! Please share with any of your press contacts this week to help spread the word!

Harp Music Blossoms in the National Botanic Garden of Wales 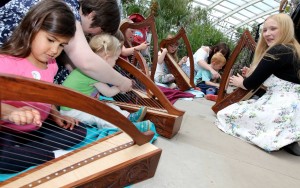 My name is Shelley Fairplay, I am a full time harpist deeply passionate about engaging more people in harp playing and listening to harp music, both through community engagement harp workshops, and though approachable performances. This year has seen the BETA launch of my brand new online harp school ‘Start Harp” in order to enable greater access to harp tuition for those living in remote areas of Wales, the UK and the world.

I emailing you to tell you about a family harp weekend that I am organising at the National Botanic Garden of Wales on the 2nd and 3rd of July this year. The Harp is the National Instrument of Wales yet many of people living in Wales have never touched one. This harp weekend offers the opportunity for visitors to the gardens to come along and try the harp within a friendly workshop setting and also to listen to a wide diversity of musical styles performed on the harp. 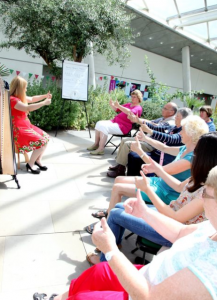 Detective” on a trail around the Garden to discover hidden facts about the instrument.  They can also enter a “Draw the harps in the flowers” competition where everyone will receive a gift, and they can even to become part of a musical storytelling session in ” Tiny Hands on Harps”, where children learn to play the harp and sing along as the story unfolds (see 1st photo attached).

To celebrate the fifth annual National Botanic Garden of Wales Harp Weekend I have invited a very special guest to join us, one of Wales” national treasures, World Famous triple harpist Robin Huw Bowen, who will be teaching and leading the Telynor Cymru 2016 project and performing in our double billing harp concert. The other half of the double bill concert features music from my own brand new show “HarpOsphere”.

Over the weekend there are four concerts, ten workshops and additional interactive events. Details on all these events are included in a press release below.

I would love your help getting the word out, below this email I have included a press release for the harp weekend and I have also attached some low resolution photos, if you would like to use them please let me know and I will forward you high resolution versions. Please do not hesitate to contact me if you would like any further details regarding any aspect of the event and I would be delighted to discuss it with you.

Thank you so much for your time and I look forward to hearing from you.

With all best wishes, 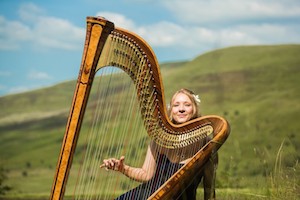 Do you know anyone who has always wanted to learn the harp? 2016 has seen the launch of START HARP my brand new online harp course for complete beginners! For details visit www.StartHarp.com 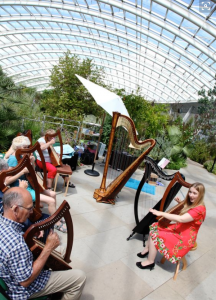 The National Botanical Garden of Wales aims to change that for all adventurous and curious visitors to the garden this July! On the 2nd and 3rd of July the NBGW hosts it fifth annual harp weekend, two full days of family friendly events and concerts including hands on harps workshops for those who have never played the harp before.

Over the weekend you can hear DOUBLE BILLING harp concert with Shelley Fairplay”s ‘HarpOsphere‘ and Wales” foremost Triple Harpist Robin Huw Bowen, you can try the harp for the first time at a ‘Hands on Harps’ workshop, bring your little children to a ‘Tiny Hands on Harps‘ session, attend an open harp rehearsal and performance of the ‘Telynor Cymru 2016 Project’, listen to the Cardiff-based harp ensemble ‘Dynamic Harps’ perform, become a ‘Harp Detective’ and enter our ‘Draw the Harp in the Flowers’ competition to win prizes!

In addition to teaching & performing Shelley has also created two harp ensembles, called ‘Dynamic Harps’ – one for adults and one for teenagers – both of which are performing at the harp weekend with Shelley leading the groups from her harp.

A Passion for Sharing the Harp:

Returning by popular demand to organise the weekend is Harpist Shelley Fairplay, who is so passionate 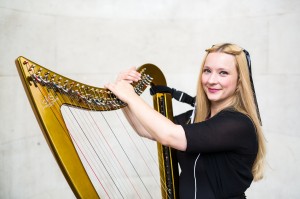 about engaging people with the harp that she likes to create ‘harp petting zoos’ at her concerts so people who have never touched a harp before can put their hands on it. This year Shelley has even launched a brand new online harp school for beginner harpist called START HARP to help encourage new people to the harp with access to tuition for those in remote areas.

Shelley will be teaching “Hands on Harps” workshops to those who have never played the harp before over the weekend, with “Tiny Hands on Harps” for 3 – 6 year olds. Shelley will also be leading her student ensembles “Dynamic harps” and following her 2015/16 concert series The Three Strands; Passion, Sorrow and Joy Shelley Fairplay is back with her performing her brand new concert ‘HarpOsphere”.

Shelley explores these fascinating notions in her performance on the Concert Pedal Harp and a golden Electric Lever Harp. The program not only includes the harp being played traditionally but also uses a looper pedal and amplification for parts of the concert.

Come and join Shelley in the HarpOsphere where you will hear music ranging from our Celtic roots right through to music from the 21st Century. The cycle of the seasons are celebrated with Vivaldi, the musical loop is honored in Ravel”s Bolero, the Planets become audible with Holst, and we pay homage to our Moon with Fly me to the Moon, Moon River and Moon dance. 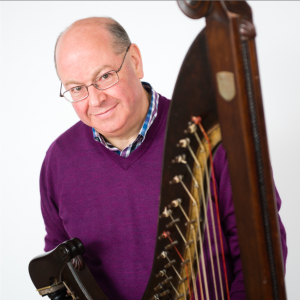 guest to join us, one of Wales” national treasures, World Famous triple harpist Robin Huw Bowen, who will be teaching and leading the Telynor Cymru 2016 project and performing in the Double Billing concert at 2.30pm on the Great Glasshouse stage with Shelley Fairplay. Robin Huw Bowen is a full-time professional Welsh harpist specializing solely in the Welsh Triple Harp, his influence on the world of Welsh folk music and harping has been far-reaching. He undoubtedly ranks among the most important figures that the Welsh folk tradition has produced.

Robin Huw Bowen will be leading the workshop and performance of harpists involved Telynor Cymru 2016 project, visitors to the garden and enjoy listening to both the open rehearsal and the concert over the weekend. The project celebrates the two-hundredth anniversary of the birth of John Roberts “Telynor Cymru” (1816-1894), the famous Welsh Gypsy harpist, and one of the most important figures of our folk tradition.  Through this project, Clera (Cymdeithas Offerynnau Traddodiadol Cymru – The Society for the Traditional Instruments of Wales) has been offering a programme of workshops to teach harpists all over Wales to play in the style of the Welsh Gypsy harpists, a style passed down to us directly from John Roberts himself through several generations of his family.

Who, What, When and Where?

Events run from 10:30am to 5pm at the National Botanic Garden of Wales. Over the weekend there are four 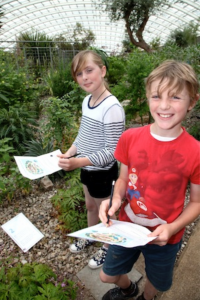 concerts, ten workshops and additional interactive events. Details on all these events are included in a press release below.

All the concerts and activities are free of charge with admission to the National Botanic Garden of Wales. For admission charges please visit www.botanicgarden.wales.  To ensure your space on any of the workshops you can reserve in advance by emailing Shelley Fairplay on: info@harpwales.com.

Runtime of events on Saturday 2nd and Sunday 3rd July 2016:

For further information and timetable of the full weekend of events please visit: www.HarpOsphere.co.uk