Shelley Fairplay is a harpist based in Wales, UK. She began her journey as a harpist in 1991. Following a degree and masters in music (BMus/MMus), Shelley released her debut CD “The Cherished Harp’ featuring her own arrangements of traditional music from the British Isles. Her concert series “The Three Strands: Passion, Sorrow and Joy” lead to the release of her second CD of the same name. Shelley’s latest concert series“HarpOsphere” features original works along with her arrangements of popular, classical and traditional tunes. Her concerts include traditional playing alongside performances on electric harp with effects pedals including looper. Shelley performs throughout the UK and internationally her harp has taken her as far as America and Hong Kong. Her ensemble ‘Dynamic Harps’ perform music predominantly arranged by Shelley from films, pop, shows, classical, Jazz and Celtic genres and also original music she has written. Shelley has an online harp school offering courses with individual support for beginner to intermediate harpists ‘Start Harp’ (www.StartHarp.co.uk). The three courses total 36 weeks of tuition on technique, note reading, improvisation and playing by ear taught via teaching videos, play-a-longs, sheet music, live online Q&A’s and video homework submissions with personalised feedback. The courses teach students across the world including in the UK, mainland Europe, Canada, Australia and the US. 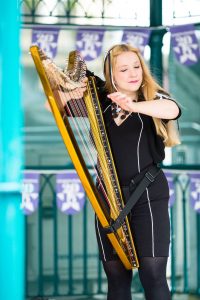 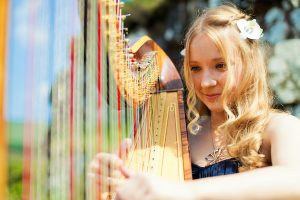 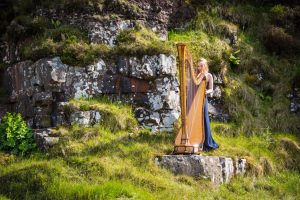 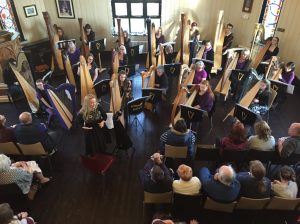 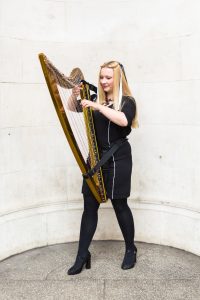 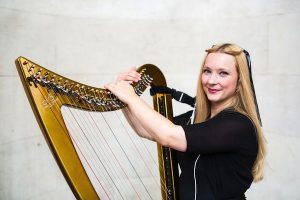 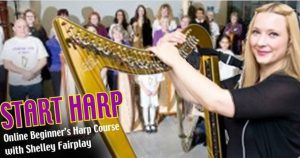 Rally of the Riffs

Somewhere over the Rainbow

Livin’ on a Prayer

Just want to say a massive thank you for playing at our wedding. You were amazing sounded beautiful. You made our wedding extra special.

Just a note to say thank you so much for your wonderful playing at our Wedding at Ellenborough Park. It was beautiful and everyone enjoyed it so much. I can happily recall the music played during the ceremony amongst the nerves and whirlwind of it all! The playing at the drinks reception went down really well with all our guests. So glad we had the sunshine!

With best wishes and many thanks,